Education in Nigeria has no unified circulation in all parts of the country. This has made the various states not to have the same educational development or literacy level as others. One of such is having academic institutions of learning like polytechnics, colleges and universities. An example is Oyo state which has up to five universities in its state locality compared to the much rare one university in Yobe state. 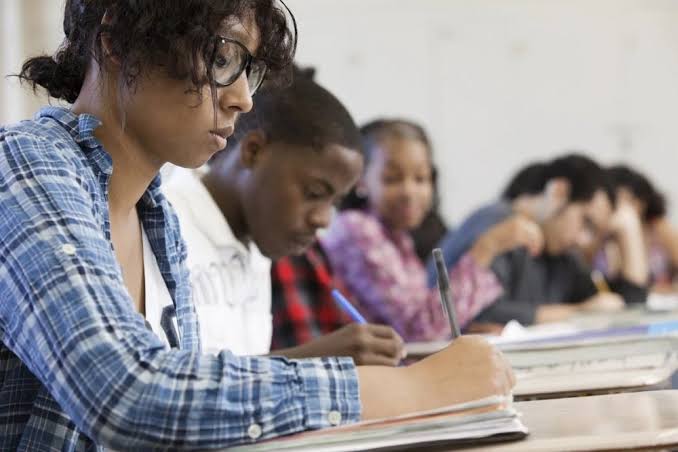 While educational development in a region is hastened by the availability of schools of learning from the primary, secondary schools to the higher institutions: colleges; polytechnics and universities, the rate at which illiteracy reduces is helped by this factor. Oyo state was the first to have a university in Nigeria in Ibadan its capital, and has today grown to become the best educational city in West Africa. The city boast of different universities, colleges of education and polytechnics of higher learning.

In this post we rank the top 10 most educated states in Nigeria, their academic institutions and other facts as to why these states are seen as the highest when it comes to literacy level, learning standards and educational strides.

When looking at educational advancement, Imo state is one of the most educated states in south east, Nigeria. It is home of prestigious schools like Technological skills Acquisition Institute, Orlu; Federal University Of Technology, Owerri; Federal Polytechnic, Nekede and Alvan Ikoku College of Education, Owerri.

Owerri the state capital has a number of quality primary/secondary school adding with it’s first-rated public and private universities.

The state government has plans to make it reach greater heights in the educational sector by proposing and commencing establishment of six new institutions. They are: University of Engineering, Onuimo, University of Agriculture, Aboh Mbaise, Ehime Polytechnic and the Ihitte Uboma College of Education. This plan which was set up by the former state governor, Rochas Okorocha in 2018 is to be completed by succeeding governments.

This state is Nigeria’s commercial/economic hub and it is one of the most developed states in the country with the highest literacy levels. Most popular companies and government institutions are located in the state. For this reason, many private and government-owned institutions are taking advantage of this to produce credible graduates to service in these companies.

Anambra is a South eastern state known for producing successful businessmen and entrepreneurs from their educational institutions. The Nnamdi Azikiwe University is the state’s most prominent and qualitative school of learning. The university is named after Nnamdi Azikiwe who was the first most educated indigenous leader of Nigeria.

The state has some of the best secondary schools in the country in the like of Christ the King College, Onitsha, Bethlehem Schools, Federal Government Girls College and Onitsha High School. These schools were added with the tertiary institutions to give its residents more higher education.

Although, Ekiti was ranked as the state with the highest number of professors in Nigeria, Oyo state still remains top when it comes to education in Nigeria. Oyo state hosts the first and best university in the country, the University of Ibadan. This school is very unique with immense quality plus fully accredited courses in all disciplines.

Many top private and government schools are in the locality of the state especially in the state’s capital, Ibadan. This has made the city to be ranked among the educational cities in the world. The prestigious LAUTECH with many other universities, polytechnics, colleges, primary/secondary schools and a seminary are within the state.

Rivers State is one of the major producers of oil and gas, Nigeria’s main income generator. With this you can be sure that much of the state’s budget will be going to education to maintain these resources.

Ogun is one of the state the has the highest educated personalities. Former president, Olusegun Obasanjo, Abiodun and many other literates are from this state.

With these fully facilitated schools, you could conclude that the state is indeed educationally advanced.

Nigeria’s own University of Nigeria, Nsukka is located in the state. The region is an Igbo tribe settlement in the south-easthern part of the country.

When it comes to literacy, Enugu state came to be educationally inclined after a series of schools, the state’s university, ESUT and many other polytechnics with colleges. Enugu state university, ESUT is well equipped with class facilities to facilitate quality learning.

Other notable educational schools in the state are already mentioned Enugu State University of Technology and University of Nigeria, Nsukka following with Caritas University, Institute of Management Technology, Enugu and other top class schools.

The coal city state has a high literacy level of 96% due to its highly educational resources.

The state plays host to many quality universities, polytechnics, secondary schools and colleges of learning. They include: Federal University of Petroleum Resources, Effurun; Delta State University; Delta State Polytechnics and numbers of good secondary/ primary schools adding with the one we mentioned earlier.

This is yet another most educated state in Nigeria and also a rich oil and gas producing state with high advancement in educational disciplines. The state which is located in the coastal region has most of her earnings from petroleum. And they have through it invest more in ensuring quality education that meets the world’s standards.

Osun is an educated state that is small ìn size, but home to more than five reliable universities. The schools here are both individual-owned, private and government which includes prestigious Obafemi Awolowo University, Bowen University, Adeleke University, the Redeemers University of Nigeria, Ladoke Akintola University of Technology and the Osun State University.

A critical look at the educational system in the country, we could see that Northern part of Nigeria is lagging behind, and it has become a issue for the governments till date. Economically endowed and popular states like Kano and Kaduna are still not able to listed as most educated states. The reason for this backwardness of the Northerners on education is because of the multi population in this areas.

Educational attainment in the country can go a long way to addressing the development of our local communities. This notion was also stressed by Cinda Klickna, President of the Illinois Education Association in a quote, “Every community can attract and retain quality workers, build an economic engine and increase productivity, but these all rely on a strong focus on education.”

With the country having an over increasing population, there is a need to get more than half educated, so as not to also increase the rate of illiteracy.